Your Celebrant WA > Uncategorized  > Where did it start? 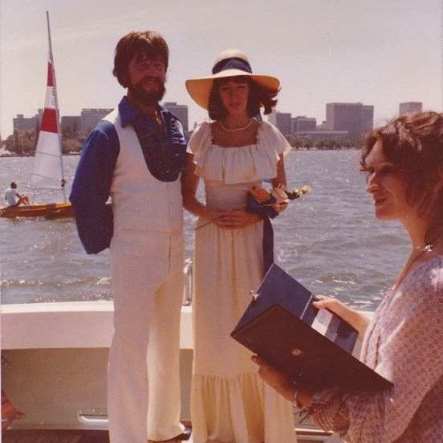 Where did it start?

I have always been involved with weddings in Perth. In 1974 my beautiful Mum was part of a big shift and appointed as the first female marriage celebrant EVER in WA! She was only 23 but extremely passionate and proactive in making personal and meaningful wedding ceremonies for all of those hippies back in the day! While raising a family my mum was always a marriage celebrant and as I grew older, I became her little helper. In the 1980’s marriage celebrants were in high demand. I watched my mum marry literally thousands of couples, as the times changed so did her outfits, in the 70’s there were the caftans and even a couple of various turbans, in the 80’s there were lots of striking patterns and some really impressive platforms. She was fashionable, in high demand and I personally witnessed many weddings where she truly spoke from the heart and had everyone in awe of her passion and heartfelt ceremonies. Now retired but still involved in the wedding industry, training new celebrants with her 43 years of marriage celebrant experience and knowledge, she is very inspiring and has been the reason I decided to become a marriage celebrant in 2004.